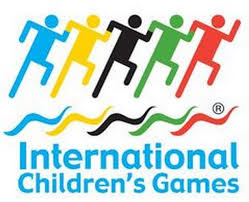 The City Council has accepted an invitation for Coventry to host the 2022 International Children’s Games (ICG). The games planned for this summer in Kecskemét, Hungary have been cancelled due to the Coronavirus epidemic.

Coventry participants have now been participating in the event for more than 20 years and in the 2022 Games, there will be eight sports for competitors aged between 12-15.

As a special addition a 3km Fun Run will also be held. The run will be open to all ages and abilities to increase participation in sport and engagement with the event across the city.

The formal invitation to the city to host the games cane from Torsten Rasch, the President of the International ICG Committee.  Approval is also being sought to support the cost of hosting the games, up to a maximum of £1 million, funded from corporate reserves with the expectation of reducing the total cost to the Council through sponsorship and fundraising.

“The International Children’s Games will follow directly from the Commonwealth Games and be a brilliant opportunity to cement the city’s reputation as a host of major international sporting competitions.

“If we are to host this fantastic event, it will attract 100 participating cities from around the world and is expected to bring around 2,000 people to Coventry.

“As well as the benefits to the economy, the event will provide a sporting legacy, which ultimately is excellent news for everyone in Coventry.”

The International Children’s Games will be a part of the sporting legacy from Coventry’s year as European City of Sport in 2019.  The city will continue to welcome events and projects such as this to further build on the legacy and continue to provide great sporting events and facilities for Coventry and its visitors.

The International Children’s Games was first held in 1968, starting out as an athletics competition in Celje, Slovenia and some years later evolved into the annual event and recognised by the International Olympic Committee.

More information about International Children’s Games can be found on their website.