One of our planned Summer visits was to Temple Balsall in Solihull to learn something of the Knights Templar and their connection with the area. Sadly, because of the ongoing situation, the visit had to be cancelled, or at least postponed until 2021. However, members might like to know something of this ancient and sometimes mysterious order.

Who were the knights Templar? To give them their full name they were ‘The Poor Fellow Soldiers of Christ and the Temple of Solomon’, a Catholic military order (not to be confused with either the Knights Hospitaller of St. John or the Teutonic Order of Knights which existed about the same time). They were founded by Hughes de Payens in 1119. Their patron and supporter was Bernard of Clairvaux (later St. Bernard of dog fame). St. Bernard founded the Cistercian Order and indeed the Knights Templar were organised as a monastic order similar to the Cistercians.

In the C12th Christian forces held Jerusalem and the Holy Lands. Pilgrims from the Christian world were keen to visit the sites associated with Christ but, when making their way through territory under Muslim rule, they were subject to marauders and highwaymen, who stripped them of their valuables and often ended up killing them.

Hughes de Payens approached Baldwin II, King of Jerusalem with a plan to protect the pilgrims. This was accepted and de Payens established his headquarters in a wing of the King’s palace on the Temple Mount in Jerusalem. Hughes de Payens gathered a small force of Knights together to escort the pilgrims on their way. One of the ways in which they aided the pilgrims and make them less attractive to attackers, was to allow those setting out to deposit their valuables with the Knights Templars, receive a promissory note which they could exchange for an equivalent sum when they reached their destination. Thus an early form of banking was established.

So successful was the enterprise that the order came to be recognised throughout Christendom and eventually Pope Innocent III endorsed them with the issue of a Papal Bull in 1139. This Bull exempted the Knights from obedience to local laws so that they paid no taxes to individual states and were subject only to the authority of the Pope himself. In effect they became one of the first multinational organisations.

As a charity they became much favoured wherever they had a presence, building up an economic infrastructure as their wealth grew. They bought and managed farms and vineyards, built cathedrals and castles and were involved in manufacture, importing and exporting goods. They ran a fleet of ships and at one time owned the island of Cyprus.

At the height of their power they had nearly 1000 Commanderies and fortifications covering Europe and the Holy Land. They were also a fighting order, taking part in Crusades with their distinctive red crosses embossed on white mantles. Their greatest feat was at the Battle of Montgisard in 1177 when 500 Knights Templar helped to defeat the 26,000 strong army of Saladin.

At its peak it is thought the organisation may have consisted of up to 20,000 men. However, 90% of the Order consisted of non-combatants who managed the vast holdings on its behalf. The other 10% were the Knights who were in the frontline. There were three main ranks in the Knights Templar, the Noble Knights, the fighters and the Non-Noble Sergeants who brought vital skills to the organisation such as blacksmiths, builders and administrators but who could also fight alongside the knights if the need arose. Finally there were the Chaplains who cared for the spiritual needs of the Knights.

Anyone who wanted to be a Knight had to be one already as the order did not create its own. Each province of the Order, usually a specific country, was run by a Master of the Order. They were subject to the Grand Master who oversaw military matters in the East and financial holdings in the West. The Grand Master appointed the Visitors-General of the Order who had the power to remove Knights from office and to suspend the Master of the Province concerned. Indeed they wielded considerable power to intervene if they thought malpractices had occurred. One post reserved for a Sergeant was that of Commander of the Vault of Acre, in effect the commander of the fleet.

When the Order began to decline, particularly after the Battle of Hattin in 1187, the Knights Templar began to lose ground in the Holy Land and after the conquest of Jerusalem by the Muslims, they set up their headquarters in Acre were they remained for a century until 1291. After that they had to retreat to Limassol in Cyprus.

As their influence waned and the Christian states were no longer occupied by Crusades to the Holy Lands, nationalist forces in various European states grew and became resentful of the power, wealth and privileged position of the Order, which was, of course, not subject to any national laws. Rumours began to spread about secret initiation rites and tales of corruption. Philip IV of France, who was deeply in debt to the Knights and reluctant to repay them, saw this fall in their prestige as an opportunity. In 1307 he ordered the arrest of the Knights in his Kingdom and had them tortured to make them confess to their wrongdoings, confessions that were used in their subsequent trials.

He pressured the Pope, Clement V to disband the Order. Although the Pope initially tried to reach some kind of compromise, he was in a difficult position. He was a kinsman of the King and this was a time when the Popes were resident in Avignon, so prey to pressure from the French King. Finally in 1312 the Pope gave way and issued a Papal Bull permanently suppressing the Order. As a result its last Grand Master, Jacques de Molay was burned at the stake. The various possessions, lands and buildings were handed over to the Knights Hospitallers of St. John in France and England. In Arragon and Castile and in Portugal this was not done. Indeed in Portugal, the King, Denis I, treated the Knights sympathetically, allowing them to retain their holdings but eventually persuading them to combine with the Knights Hospitallers.

What then is the connection with Temple Balsall? The Knights Templar farmed 650 acres in the area and built the Church [C13th] and the Balsall Preceptory which was occupied by a group of monks of the Order who ran the farm. Following the suppression of the Order, the property was handed over to the Knights Hospitaller who remained there until Henry VIII dissolved the monasteries. 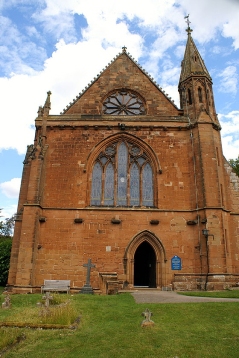 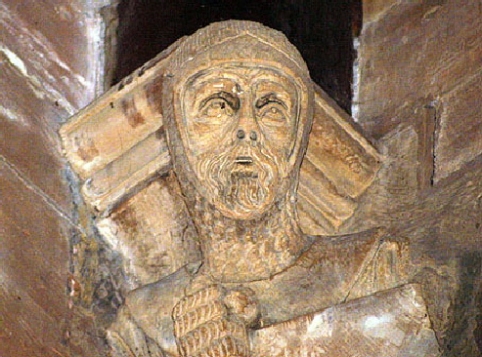 The land then became the property of the crown. Elizabeth I gave the property to Robert Dudley and it passed through him to his granddaughter Lady Katharine Levinson. On her death in 1674 she bequeathed endowments for the Almshouses, built in the C17th, the Church and the Lady Levinson school. The Old Hall, the former headquarters of the resident monks/Knights, along with the Church and the Almshouses still survive.

Connections with the Knights Templar abound throughout England today and this can be recognised in the Inns of Court in London with the Inner and Middle Temples, to St. Michael’s Mount in Cornwall, Temple Sowerby in Cumbria and Temple Cowton in North Yorkshire to name only a few. Look out for locations with the name Temple or a Preceptory building, the Knights Templar were there.

One thought on “The Knights Templar”