Our Chairman, Paul Maddocks, reflects on the carvings at the front of the former Butts College, which is now a Premium Inn.

“I have always been interested with the round relief carvings on the front of the Butt’s College. I found out that they were designed by Walter Ashworth who had an interesting and varied life which I thought might be of interest to others.”

At the age of 27 Walter became a student at The Royal College of Art. He got married to Alice Healey and two year later had a daughter, Joan, in 1914. He became an Art Master in Ipswich and a member of the Ipswich Art Club between 1913-1916. 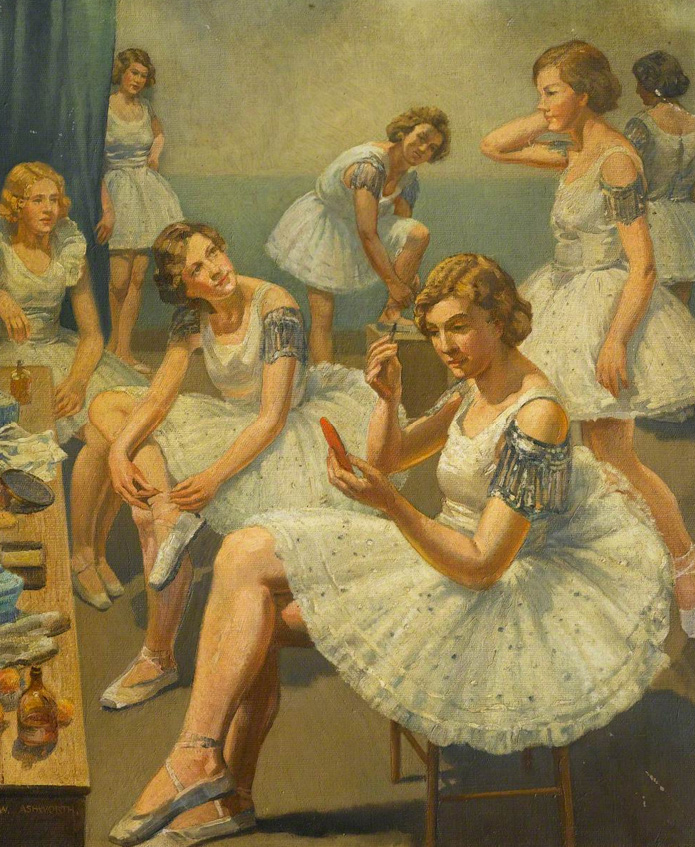 He was a conscientious objector during the First World War and was very much looked down upon by friends and family, who would accuse him of treason and cowardice for not joining the Forces. He did work on a farm which made him eligible for exemption but this ended in September 1916 and he applied to do other work of national importance making artificial limbs. He found work in Balham, London and worked with Edward Walter Hobbs, one of the foremost makers of moving artificial limbs in World War 1. He worked mainly on arms and hands with moving fingers.

In a letter to Walter dated 28 November 1917 Flying Officer, Bernard A. B. Shore (77 Squadron Royal Flying Corps) wrote, ‘The fingers are working marvellously well… I just spent a few minutes at my old hospital the other day. The Matron and Sisters there were simply astonished at them.’

The photograph of the Hobbs-type artificial left hand held at the Science Museum is similar to that described by Bernard Shore:

“Painted flesh coloured for a realistic appearance, the index and middle finger of this prosthetic left hand are jointed and can move towards the thumb, which along with the other two fingers is immobile for the growing number of amputees returning from fighting the First World War. Hobbs applied for a patent for this design in 1918. Improvements and innovations in the design and materials of artificial limbs occurred during the First World War, during which over 41,000 British servicemen lost one or more limbs.”

After the war in 1919 Walter Ashworth returned to teaching and in 1926 (aged 43) he became Principal of Coventry Municipal Art School.

Coventry Technical College was having a new building built. Known as the Butts College it was a mechanical based institution. This building had been on the drawing board for a long time but the First World War had held things up. Work started in 1933; the architects A. W. Hoare were building it on a grand scale, like a Royal Palace. It was opened by the Duke of York, who would later become King George VI in 1935.

Around 1935 they asked Walter Ashworth, the principal of the Coventry Art College, to design the artwork to be carved of the front of the entrance, symbols of the new industries of Coventry. For young apprentice students who were going to be tutored in – electronics, telecommunications, engineering, aviation, arithmetic, geometry and technical drawing.

Walter did his designs of the roundels with complex imagery. One is of a flying eagle over an aeroplane propeller, a falling star or comet, gears, a steering wheel and a laurel leaf. Another is a side view of a winged head of Mercury, with stylised sound waves emerging from his mouth and others going into the ear, with a telephone and two stars. The other roundel, of the same size, it has a bicycle chain running around the outside with a Micrometer, an eye, a hand with a pencil and three drill bits, symbolises Coventry’s engineering heritage. 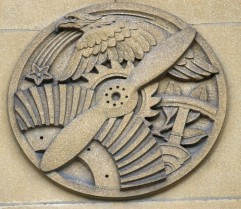 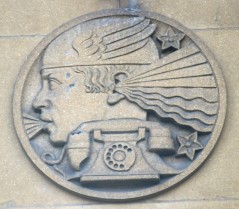 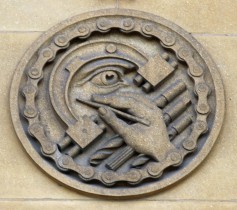 There are also four smaller carved roundels at the top: a ball-bearing race, measuring calipers with a micrometer, a watch escapement and a cutting rotary saw. It appears Walter did not carve the roundels himself. 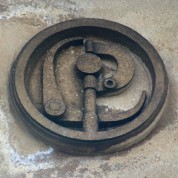 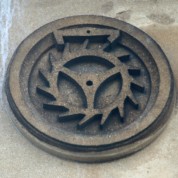 Walter was a Rotarian and the Chairman of the Warwickshire Society of Artists, giving many addresses to the Society and exhibiting watercolours in their exhibitions. He exhibited several works in the Royal Academy and was a War Artist in Coventry during World War 2.

Pictures held by Coventry Art Gallery and Museum include street scenes and the hospital and Cathedral after bombing raids. They are used in exhibitions about Coventry in World War 2.

His self-portrait ‘Through the Mirror’ was exhibited at the Coventry and Warwickshire Society of Artists exhibition in September 1949.

One thought on “The Carvings on the Butts College”