After decades of neglect, the reputation of Coventry-born architect Frederick Gibberd is at last getting a long-overdue re-appraisal.

A new study by architectural historian Christine Hui Lan Manley, published by Historic England at the end of 2017, restores him to a place in the narrative of Modernist architecture in this country.

A pioneer of the Modernist movement in the 1930s, by the 1960s and 70s his design approach and the construction methods and materials he used were being heavily criticised as ‘going soft’ on the principles of the movement. And he’s not been written about very much since.

Born on 7 January 1908, the eldest of five sons of the Coventry tailor and men’s outfitter Frederick Gibberd, he spent a happy and comfortable childhood in the city, living in Earlsdon and attending King Henry VIII School.

As a young boy, swept up in the excitement of Coventry’s early years as the beating heart of Britain’s new motor industry, young Frederick entertained thoughts of becoming a vehicle designer, but when his parents moved into a new family home in Clarendon Street in the early 1920s, everything changed.

‘The turning point’, he recalled, many years later, ‘was when my father built a billiard room. It had a very unpleasant terracotta coping around it, and my father thought it should have been battlemented. When he refused to pay, the contractor said that he should have hired an architect. That’s how I learned what an architect does.’

In 1925, Gibberd was articled to a Birmingham firm of architects and studied at Birmingham School of Art under the leading Arts & Craft architect William Bidlake. His room-mate was the Stratford-born FRS Yorke, who would go on to become the most important apostle of Modernism in this country.

Five years later, Gibberd set up in business on his own and his first commission was to design a house for his parents in Stivichall Croft, Coventry, the only example of his work in his native city.

By the mid-1930s he was making his mark in London. The development of the Pullman Court complex of flats at Streatham Hill launched his career and he was soon becoming known as the ‘flat’ architect, with further schemes to his name at Park Court, Sydenham and Ellington Court in Southgate (both 1936).

The following year, already in the forefront of modernism as a prominent member of the Modern Architectural Research (MARS) Group, he collaborated with FRS Yorke on a book that was hugely influential at the time, ‘The Modern Flat’.

Gibberd was unfit for service in World War II as he had only one kidney, and spent the war years studying town planning and getting involved in the career development of young architects as Principal of the Architectural Association.

After the war he led the way in developing a ‘softer’ English modernist style, placing emphasis on the visual aspects of design, using traditional materials, and paying particular attention to landscape design, and in 1947 he was appointed consultant architect planner for the new town of Harlow in Essex, a labour of love that in a very real sense came to define him.

He lived there for the rest of his life and it became the project with which he is perhaps most closely associated, although there were many other highlights in a career that lasted until the late 1970s.

In 1960 he won an architectural competition to design the Metropolitan Cathedral of Christ the King in Liverpool. It was completed in 1967, the year in which he received a knighthood.

Since the early 1950s he had been involved with the development of Heathrow Airport, going on to design Terminals 1, 2 and 3. In 1968 work was completed on another important Gibberd commission, Didcot Power Station near Oxford, and in the same year he began work on the Inter-Continental Hotel at Hyde Park corner in London.

The reconstruction of a new headquarters building for Coutts Bank followed and in 1969 he won another competition, this time to design the new London Central Mosque in Regent’s Park.

By the time of his death, on 9 January 1984, Sir Frederick Gibberd had been responsible for well over a hundred architectural projects. But one intriguing question remains.

His post-war expertise in town planning and landscape design led him to an involvement with the modernisation of Nuneaton town centre from 1946 into the early 1960s, and in 1972 he designed the Royal Spa Centre in Leamington.

Yet he never designed another building in Coventry, despite the post-war reinvention of his native city for which his gifts as architect, landscape designer and master planner would have been eminently suited. 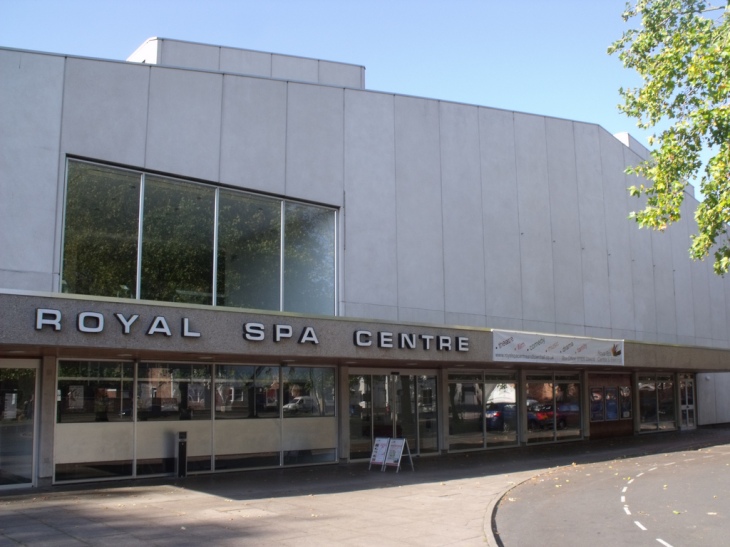