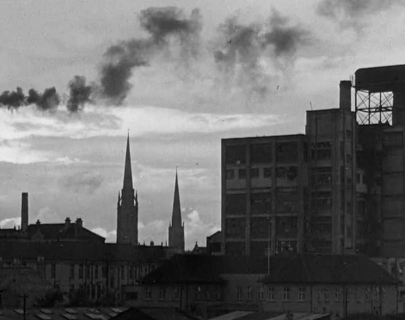 Coventry’s post-war reconstruction and the resilience of its people are the sub-plot for an evening of films about the city, to be screened at Warwick Arts Centre on Friday, November 9.

Among the films to be shown are wartime documentary The Heart Of Britain, the Dylan Thomas-scripted A City Reborn, a fond and at times poignant take on an optimistic post-war Coventry, and Basil Spence, Building the Cathedral, a fascinating glimpse into the architect’s mind as he designed a church that remains one of this country’s truly iconic buildings, representing as it does the recovery of Britain after the Second World War.
The screening is in the Woods-Scawen Room at the Arts Centre and begins at 7.30pm. Tickets are £9 (£7 concessions).